Watch - Sri Lanka fans spotted the clone of Lasith Malinga in the Asia U19 league
By Silambarasan KV Fri, 24 Dec 2021 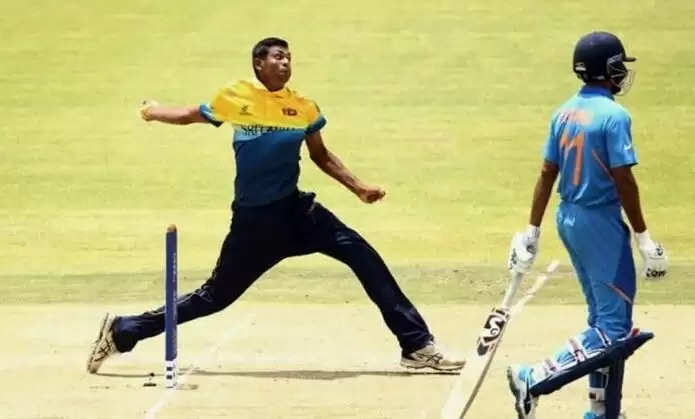 One of the most loved pacers around the globe, Lasith Malinga always has a place in the hearts of the fans. He is loved for his on-field attitude and especially, his toe crushing yorkers that gained him the name "Yorker King".

Moreover, apart from his toe crushing yorkers and fierce bouncers, the Sri Lankan legend is also loved for his unique style of bowling that is used to struggle the batsmen throughout his entire career. However, the Sri Lankan lions have got another Lasith Malinga with the name of Matheesha Pathirana who bowls almost similar to him.

The youngster caught the eyes of the fans during Sri Lanka Under 19 and Kuwait Under 19 match in the ACC U19 Asia Cup tournament that was held at the Sharjah Cricket Stadium on 23rd December, Thursday.

Summary of the match between Sri Lanka U19 vs Kuwait U19: 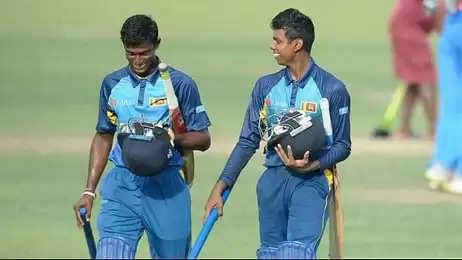 Having a look at the match, the skipper of the Sri Lankan won the toss and opted to bat first. They got the expected start from their openers Chamindu Wickramasinghe and Shevon Daniel, as both the batsmen added 91 runs for the first wicket partnership.

However, both the openers returned to the dressing room after scoring 54 runs each. Pawan Pathiraja and Ranuda Somarathne also played well in the middle and scored 86 and 60 runs respectively. In the end, Sri Lanka Under 19 posted a challenging total of 323 runs on the board.

Chasing the target posted by the opposition, Kuwait Under 19 got a decent start to their innings but failed to convert it to a big one. The skipper of Sri Lanka Under 19, Dunith Wellalage went through the batting line-up of the opposition and scalped 4 wickets under his belt.

Matheesha Pathirana also peppered with nasty bouncers and toe crushing yorkers to help his team while defending the total on the board. In the end, Sri Lanka Under 19 won the match by a mammoth margin of 274 runs.

Sri Lanka gets a new Slinga-Malinga
Meet Matheesha Pathirana, who produced some lanky bouncers and yorkers vs Kuwait U-19. Lankan Lions romped to a 274 run-victory. He finished with figures 7-2 in 3 overs.#U19AsiaCup #SharjahCricketStadium