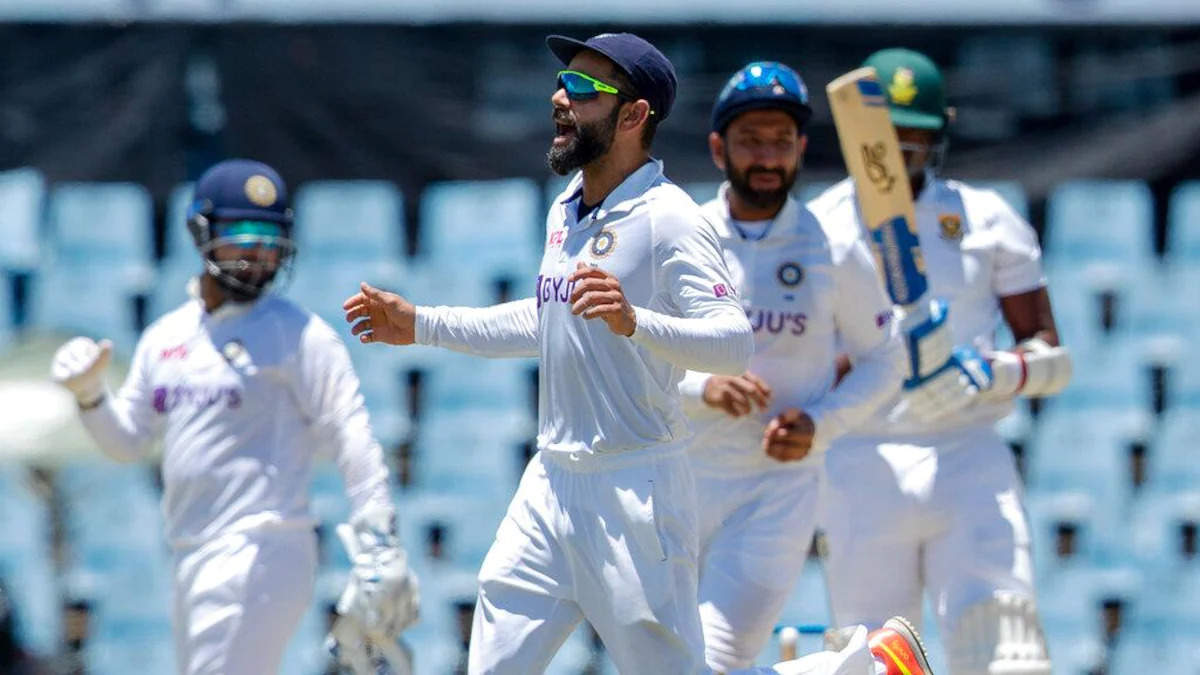 Virat Kohli and Cheteshwar Pujara steady India at the end of Day 2: 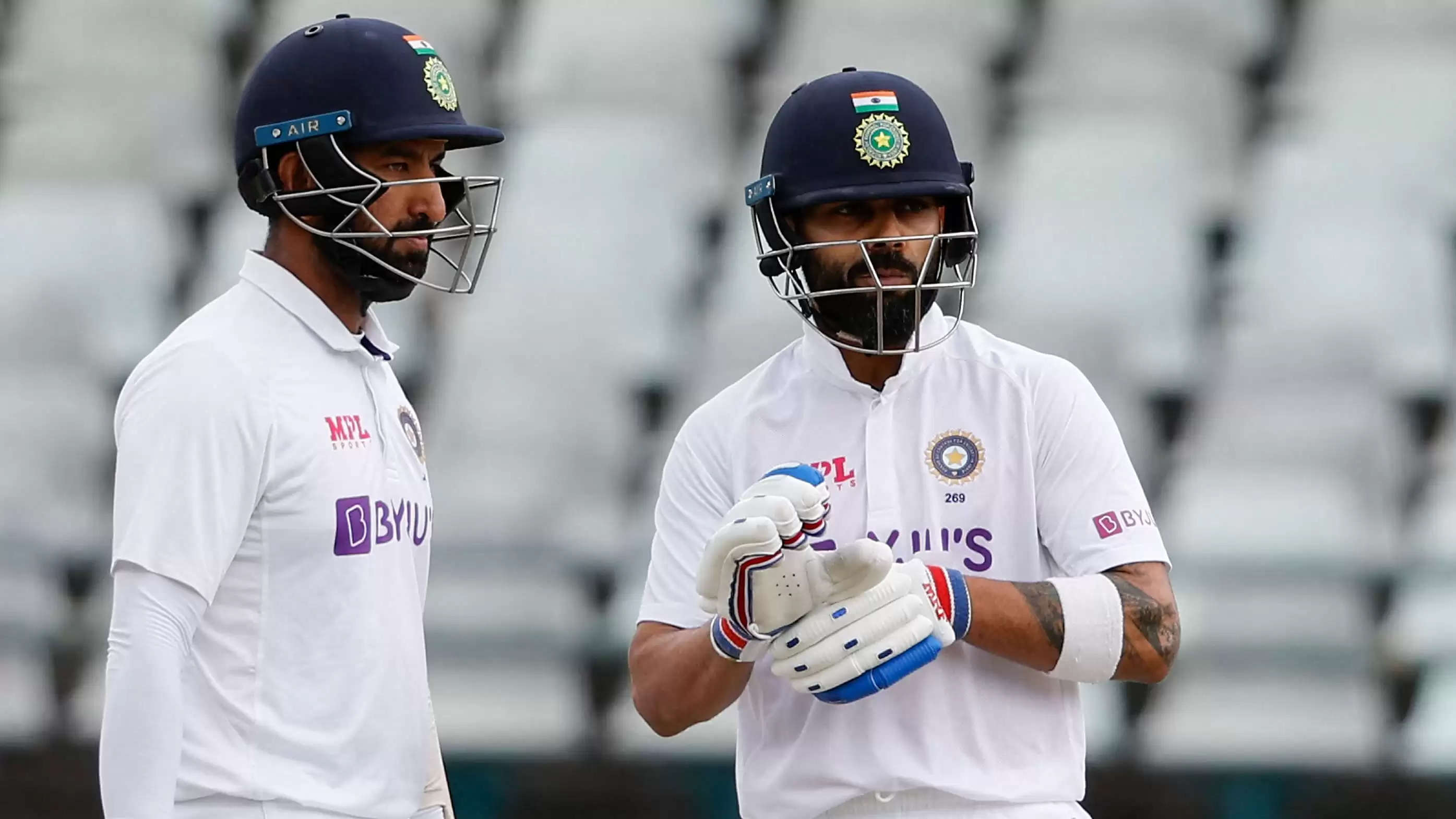 India ended the second day with 57 for 2 as Cheteshwar Pujara and Virat Kohli remained unbeaten on 9 and 14 runs. During the match, Virat Kohli trolled Marco Jansen for his shot off Mohammed Shami.