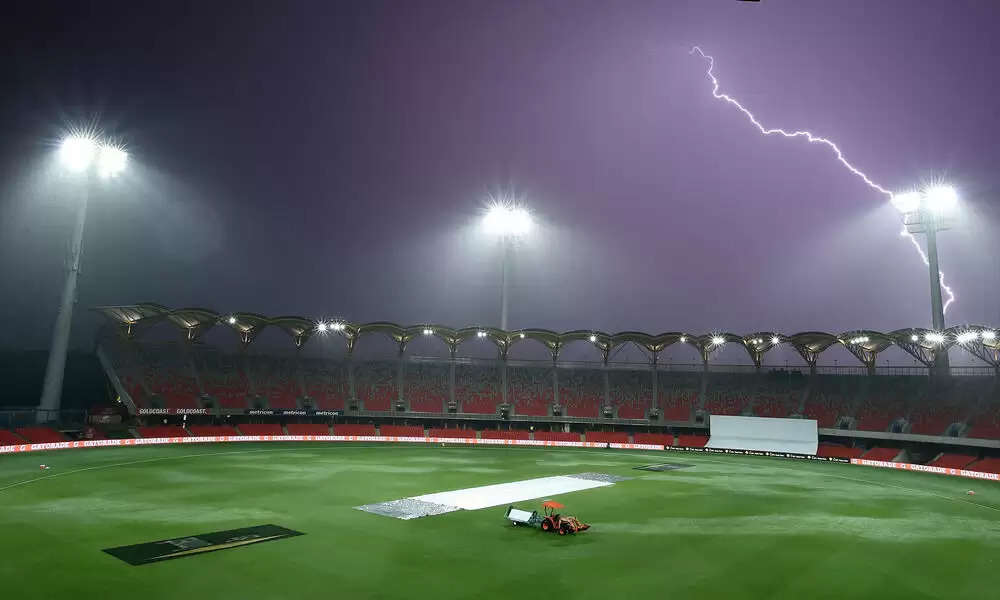 The second Test between Australia and England in the Ashes 2021-22 is going on at the Adelaide Oval in Adelaide, Australia. If we take a look at the match, Pat Cummins has been ruled out of the match after having close contact with Covid-19. So, Steve Smith has taken the charge in the absence of the pacer in the ongoing match.

In addition to that, he won the toss and asked the opposition to take the field. Marcus Harris and David Warner continued to open the innings for Australia in the second Test as well.
However, Marcus Harris failed to defend the likes of the opposition bowlers and was dismissed by Stuart Broad for 3 runs.

It was a good catch taken by Jos Buttler behind the stumps. Following the wicket of Marcus Harris, Marnus Labuschagne joined with the left-hand opening batsman and continued to dominate English bowlers all around the park.

Marnus Labuschagne was dropped by Jos Buttler when he was batting on 21 runs. However, Ben Stokes got the big fish, David Warner who missed his well-deserved hundred by 5 runs.

Joe Root completes his another fifty in this series: After that, he went on to smash his sixth hundred in his Test cricket career and also achieved the other milestone of hitting most fifties after featuring in 20 matches for his team. This time, Ollie Robinson break the partnership and removed the well-settled Marnus Labuschagne for 103 runs.

Travis Head played a decent inning of 18 runs as he was dismissed by the opposition skipper, Joe Root. After that, Ben Stokes got his second wicket by sending back Cameron Green for a single-digit score.

Steve Smith who looked well on the other end has also missed his hundred after being dismissed by James Anderson for 93 runs. In the end, Australia posted the expected total of 473 runs on the board.

Moreover, they got a fine start with the ball as well, as Mitchell Starc and Michael Neser removed both the openers Haseeb Hameed and Rory Burns for single-digit scores. After that, Dawid Malan and Joe Root stitched a strong partnership between each other and added 138 runs for the third wicket.

Both the batters completed the fifty but unfortunately, Joe Root has to return to the dressing room after being dismissed by Cameron Green. Ben Stokes has now joined with Dawid Malan and have to put their side on a strong zone. Besides, the second day of the match has been called off early due to the lightning and thunder strikes.

Here is the picture:

Off we go #Ashes pic.twitter.com/w7katZ8HSs