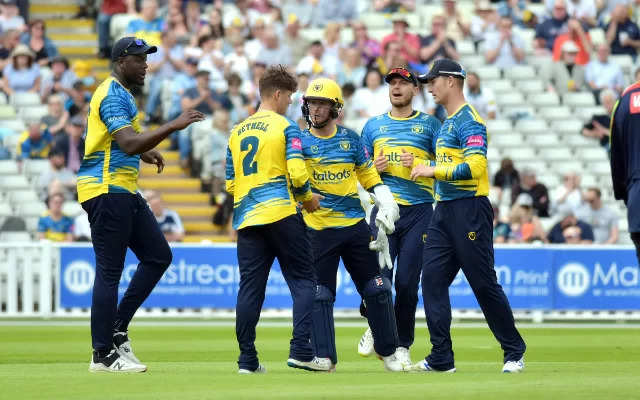 Warwickshire and Derbyshire went one on one against each other in the Vitality T20 Blast at the Edgbaston in Birmingham. Winning the toss, the skipper of Warwickshire, Carlos Braithwaite opted to bat first.

Paul Stirling and Robert Yates opened the innings for their side and returned to the dressing room with a single-digit score. Following them, the wicket-keeper batter Alex Davies also failed to contribute with the bat and has been dismissed by Samuel Conners for 5 runs.

The middle-order batters have been decent with the bat as the opposition bowlers didn't let them to settle down on the crease. However, Sam Hain looked in good form and remained unbeaten on 73 runs which included 7 fours and a six to his name. With the help of his crucial inning, Warwickshire posted a decent total of 159 runs on the board. 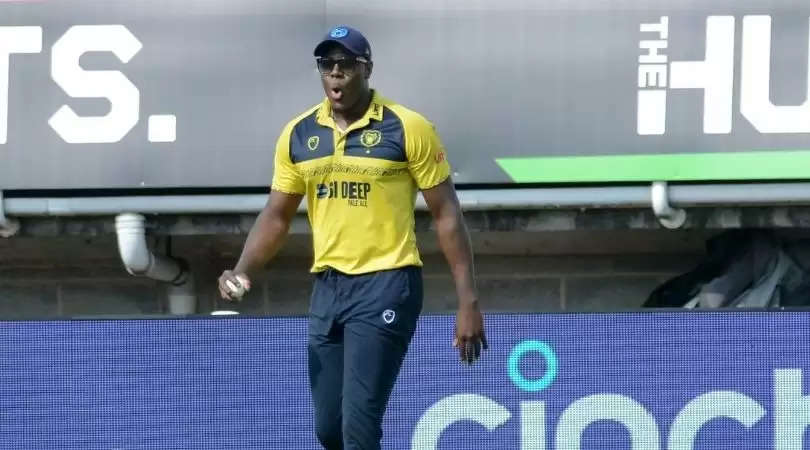 With a challenging total on the board, the skipper of Derbyshire Shan Masood opened the innings with Luis Reece and provided the expected start for his side.

Both the batters added 55 runs for the opening wicket partnership before Luis Reece returned to the pavilion after scoring 38 runs. After that, Wayne Madsen joined with his skipper and build up a great partnership in the middle.

Also Read: "They have to bang the doors open, not just knock" - Rahul Dravid

The combo added 89 runs for the third wicket before Olly Stone sends Wayne Madsen for 55 runs. His knock included 5 fours and 3 sixes and has done the damage that his team wanted from him. In the end, Shan Masood stood still at the end of the game and finished the match by remaining unbeaten on 45 runs.

However, during the 13th over bowled by Carlos Brathwaite, Wayne Madsen hit the straight to the hands of the bowler and Brathwaite hit the ball back to the batsman. As a result, the right-handed all-rounder got 5 penalty runs and lost the match as well.

Not ideal for Carlos Brathwaite 😬

A 5-run penalty was given against the Bears after this incident...#Blast22 pic.twitter.com/pXZLGcEGYa