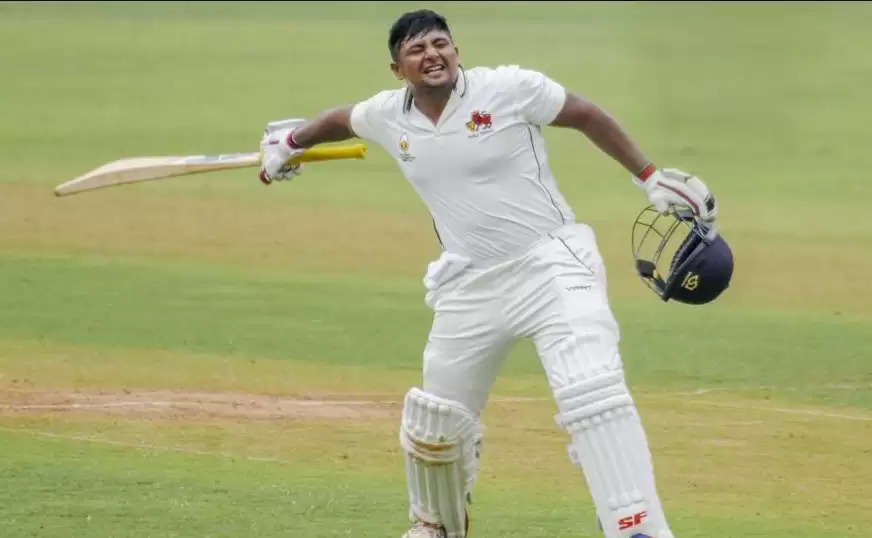 On Day 2 of the Ranji Trophy final versus Madhya Pradesh, Mumbai batsman Sarfaraz Khan was overtaken with emotion as he reached his century. The 23-year-old was visibly moved to tears as he removed his helmet after celebrating his century while feeling elated and emotional. He ended his celebration with a thigh-five in the Shikhar Dhawan fashion. His eighth First Class century overall was his fourth century of the current campaign.

The Board of Control for Cricket in India took to Twitter to share a video of the moment Sarfaraz reached his century. “This has been a superb knock in the all-important summit clash,” the BCCI captioned the video.

This has been a superb knock in the all-important summit clash. 👌 👌 #Final | #MPvMUM | @MumbaiCricAssoc

Sarfaraz Khan scored his fifty-first run after 152 deliveries, having started the day on 40. He effectively advanced after reaching fifty while Mumbai lost wickets at the other end.

In just 38 deliveries, he scored his next 50 runs, helping Mumbai surpass the 300-run threshold.

Prithvi Shaw, the captain of Mumbai, chose to bat after winning the toss. Before the captain was sent out for 47, Yashasvi Jaiswal and Shaw enjoyed an 87-run opening stand.

As wickets dropped at the other end, Jaiswal continued to bat, scoring 78 runs. Day 1 ended with Mumbai at 248/5.