The 38th match of the ongoing edition of the Indian Premier League has been played between Punjab Kings and Chennai Super Kings. Having a look at the match, the skipper of CSK won the toss and opted to take the field.

Batting first, Punjab Kings posted a challenging total of 187 runs. Shikhar Dhawan was the top player for the Punjab side, remaining unbeaten on 88 runs and Bhanuka Rajapaksa also played well and added 42 runs for his team.

However, the Yellow Army had to chase the competitive total posted by the opposition. Chasing the target, Chennai Super Kings lost the match by a margin of 11 runs and it was their eighth defeat in this tournament.

Ambati Rayudu has once again proved his worth with the bat and scored 78 runs from just 36 balls. Despite his good show with the bat, Punjab Kings won their 4th match this season.

Results will take care of itself: Shikhar Dhawan 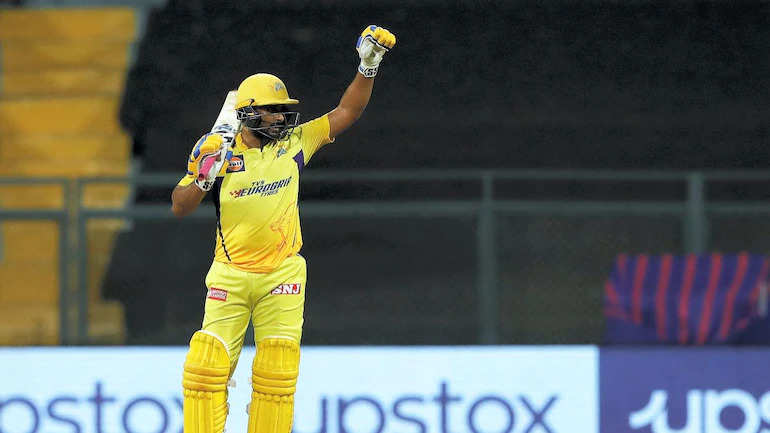 Winning the match, Shikhar Dhawan was named the Man of the Match for his prolific unbeaten 88 runs knock. "The process, I always talk about it, I focus on it. About my fitness, my approach - I keep working on those skills. Results will take care of itself.

The wicket was stopping a bit, I tried to go for the big shots, but I couldn't connect. But I kept my calm," Shikhar Dhawan was quoted as same as in Cricbuzz.

"Once I get set, I can get those boundaries, that's what I bank on. While batting first it's about putting pressure on the bowlers and getting boundaries. We don't have to lose too many wickets, that was our conscious effort," said Shikhar Dhawan.

"I have become a senior in the team (laughs), I give a lot of input to the players and my captain, on the field. The youngsters think a lot, sometimes they overthink, so I try to communicate with them. I talk about the law of attraction and how to achieve big in life," he added.

However, during the chase, Rishi Dhawan celebrated his wicket, as he picked up his first wicket after a 6 years gap in the Indian Premier League.