IPL 2022: Watch - Ravindra Jadeja got injured during the game between RCB vs CSK
By Silambarasan KV Thu, 5 May 2022 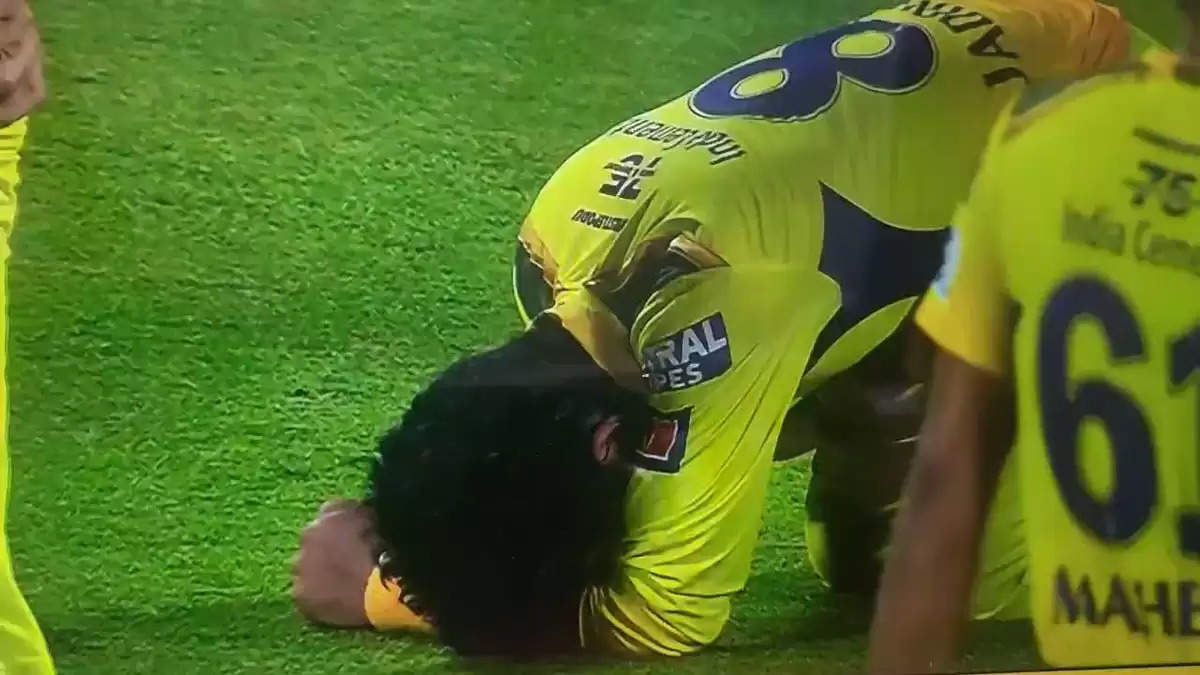 Royal Challengers Bangalore went on to meet Chennai Super Kings for the second time in this edition of the Indian Premier League. Talking about the game, MS Dhoni won the toss and went on to take the field.

In the end, Royal Challengers Bangalore won the match by 13 runs and moved to the 4th spot on the points table. However, now both sides will look to back themselves in their upcoming fixture.

We are very lucky to have experienced guys: Faf du Plessis Also Read: "They will be very happy with MS Dhoni back as captain" - Wasim Jaffer

However, during the game, Mahipal Lomror who was looking good with the bat has missed timed the overpitched. Ravindra Jadeja tried to take the catch and ended up with an injury near his shoulder.