Kolkata Knight Riders and Gujarat Titans have engaged in the 35th match of the Indian Premier League. The skipper of Gujarat Titans, Hardik Pandya won the toss and opted to bat.

Wriddhiman Saha opened the innings with Shubman Gill but both the batters haven't been much impressed with the bat. Shubman Gill has been dismissed by Tim Southee for 7 runs.

After that, Hardik Pandya and Wriddhiman Saha added 75 runs for the second wicket partnership before both the batters have been dismissed for 25 and 67 runs.

In the end, Gujarat Titans posted a decent total of 156 runs on the board. Kolkata Knight Riders tried a different opening combo by sending Sam Billings and Sunil Narine to the crease. However, Mohammed Shami removed both the batters for cheap numbers.

Summary of the match between KKR vs GT: 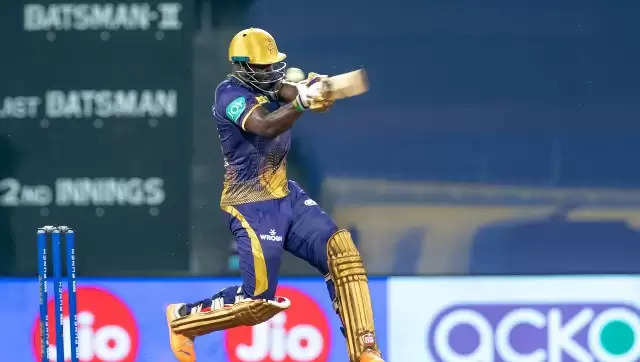 At the end of the first innings, Andre Russell shared some words about his four wickets over and said, "Similar to the game against Mumbai in Chennai last year, where I bowled two crucial overs at the end.

Wasn't looking for wickets in the last over, was just trying to keep them under 160. It's massive (the boundary on one side), but the heat of the moment makes the batters to try to clear it.

I hope I don't have to bat today, hope the guys above me finish the job and we get the two points. The track is gripping a bit, especially the slower ones," Russell was quoted as saying by Cricbuzz.

Also Read: Jos Buttler names his dream opening pair from the past and current era of the game

Coming back to the game, Shreyas Iyer and Nitish Rana have also failed to contribute with the bat for their side. Rinku Singh played some good shots in the middle and added 35 runs along with Venkatesh Iyer who scored just 17 runs.

Andre Russell was once again the lone warrior for Kolkata Knight Riders as he tried to finish the game but ended up losing the match by just 8 runs. Besides, Tim Southee missed an easy run-out of Hardik Pandya during the first innings of the game.