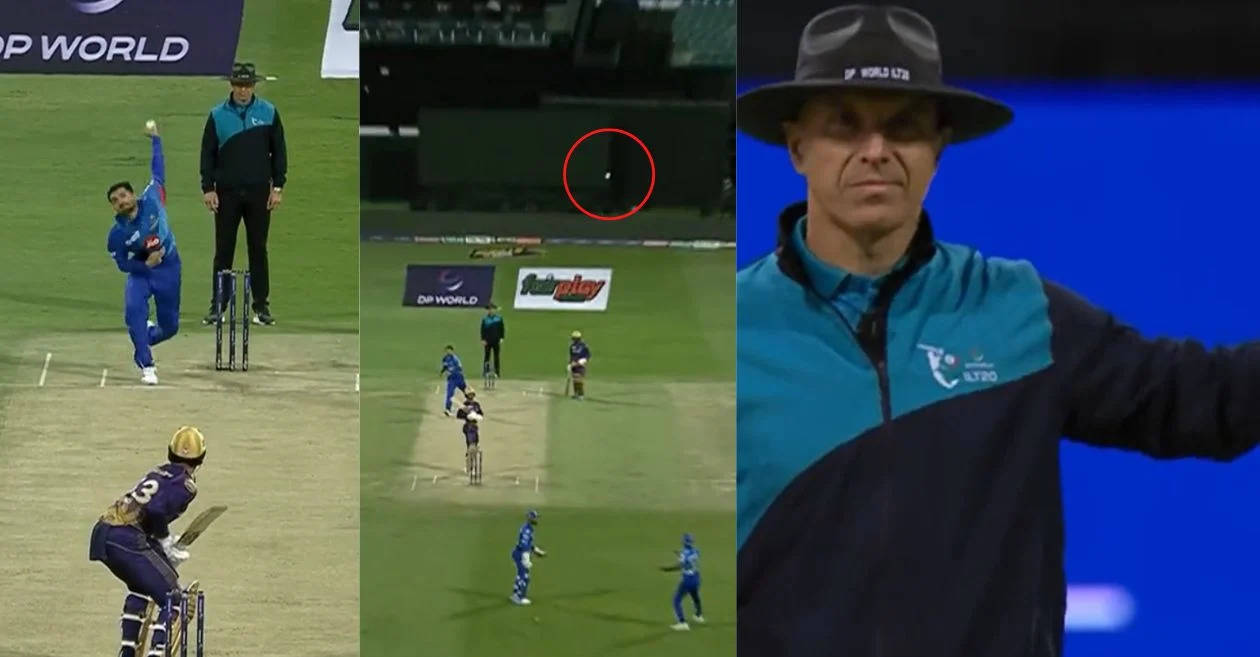 The Afghan pacer Fazalhaq Farooqi bowled a 20m high beamer during Abu Dhabi Knight Riders vs MI Emirates clash in the International League T20 on 21st January, Saturday. Having a look at the game, Kieron Pollard, the skipper of MI Emirates won the toss and decided to take the field.

Despite getting a good start while defending the score, Abu Dhabi Knight Riders' bowlers have been overwhelmed by the opposition batters as each and everyone played a cameo role during the game.

With Andre Fletcher's 53 runs, Kieron Pollard and Najibullah Zadran smashed quick 31 and 35 runs along with Dwayne Bravo's unbeaten 15 helped the MI Emirates to seal their second win in this tournament.

We can do better as a bowling and fielding team: Kieron Pollard After defeating Abu Dhabi Knight Riders, Kieron Pollard was seen happy and shared his thoughts during the post-match presentation. "That is the nature of T20 cricket. That is what fans and viewers want to see, a close game.

Obviously, DJ was there, he's an experienced campaigner and we know what Najibullah can do, so my money was on my team (at the start of the last over). It was a good game.

We weren't at our best with the ball, we tried to get wickets rather than trying to contain them but that's why you have two innings and our batters bailed us out. We can do better as a bowling and fielding team.

You have to improve every time you get a chance and that is the chat we have in the dressing room," Kieron Pollard was quoted as saying by Cricbuzz.