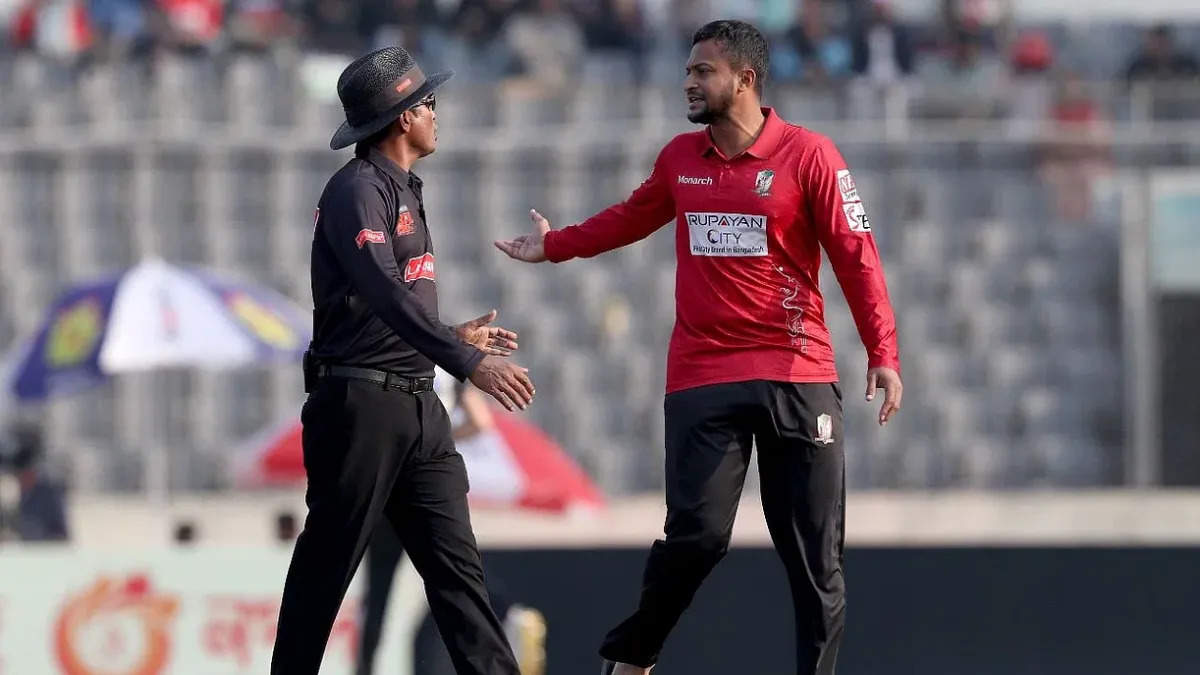 The veteran Bangladesh cricketer Shakib Al Hasan was seen entering the field and having a heated argument with the on-field umpire during the battle between Fortune Barishal and Rangpur Riders.

That was the seventh match of the ongoing Bangladesh Premier League 2023 which was held at the Shere Bangla National Stadium in Dhaka on 10th January, Tuesday.

Talking about the game, the Bangladesh all-rounder and the skipper of Fortune Barishal won the toss and opted to take the field. Batting first, Rangpur Riders posted a quite decent total of 158 runs losing seven wickets on the board.

Shoaib Malik was top-scored for Rangpur Riders as he smashed an unbeaten 54 runs off 36 balls smashing 5 fours and 2 sixes as well. Chasing the target posted by the opposition, Shakib Al Hasan's side didn't get the start they expected as both the openers returned to the dressing room while 18 runs on the board.

Despite losing wickets, Ibrahim Zadran and Mehidy Hasan Miraz put up a strong partnership in the middle as they added 84 runs for the 3rd wicket before Sikandar Raza provides the much-needed breakthrough for his side.

We did not take unnecessary challenges: Shakib Al Hasan 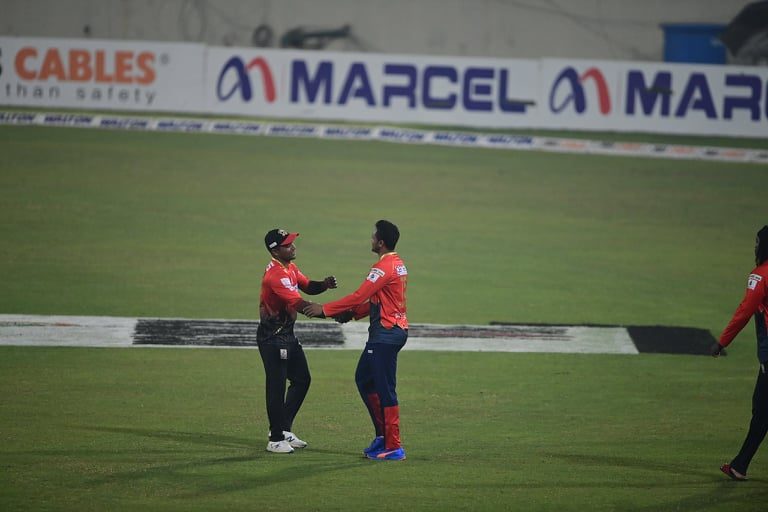 Following the dismissal of Mehidy Hasan Miraz, Ibrahim Zadran also returned to the dressing room scoring 52 runs for his team. However, Iftikhar Ahmed Karim Janat took the responsibility on their shoulders and finished the game while remaining unbeaten on 25 and 21 runs respectively.

Hence, it was the first victory for Fortune Barishal in this tournament. After winning the game, Shakib Al Hasan shared a few words in the post-match presentation about his team's performance in this game.

"I think we put on a better show today. They were batting really well in the 10th over but we came back well in the 2nd half and that changed the momentum. We did not take unnecessary challenges with the bat. Important to build partnerships and Miraz and Ibrahim did that perfectly," Shakib Al Hasan was quoted as same in Cricbuzz.

"Can't get better than that to get a wicket first ball after winning the toss and bowling first. I think it will be hard work for the bowlers this BPL. Because of the combination, we did not play Ibrahim in the first game but there was never a doubt about his ability and we have seen him do well for Afghanistan. Happy for him," he added.

Typical #ShakibAlHasan, he is not happy, and making his point clear. Drama before a ball has been bowled in the 2nd innings between Barishal and Riders.