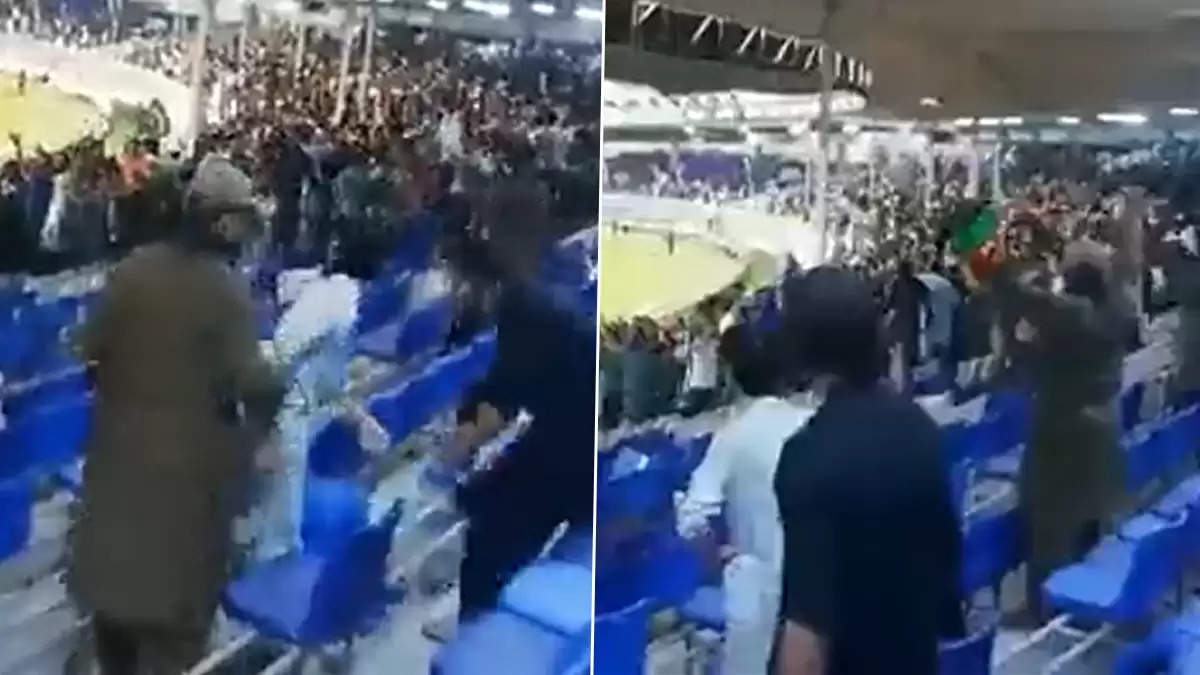 Babar Azam-led Pakistan went on to clash with Afghanistan in the 4th match of the Super Four round at the Sharjah Cricket Stadium. Having a look at the game, Pakistan won the toss and ordered the opposition to come out to bat.

Chasing the total, Pakistan suffered in the powerplay overs as they lost both Babar Azam and Fakhar Zaman in a quick session. However, Iftikhar Ahmed and Shadab Khan played a crucial knock in the middle and scored 30 and 36 runs respectively.

The game went on till the final over as Pakistan required 11 runs as Fazalhaq Farooqi got the ball. Everything looked in Afghanistan's favour till Naseem Shah smashed back-to-back sixes of the pacer and secured the place for the finals.

The winning captain Babar Azam seemed to be happy with his team's performance against the hosts and shared a lot in the post-match presentation. "To be honest, the dressing room was very tensed. The team was walking in and out of the dressing room.

Excellent with the way Naseem Shah finished it off. Sharjah is always low-scoring, and Mujeeb and Rashid Khan are two of the best bowlers," said Babar Azam as quoted by Cricbuzz.

"We just wanted to take the match deep. The way we started with the ball was excellent. In our batting, we didn't execute our plans very well, but Naseem was outstanding. At the back of the mind, I have seen Naseem play like this earlier, and I had the belief in him.

This moment reminds me of Javed Miandad's six. We would like to continue this momentum and not repeat our mistakes. Every day is a different day, and we would like to take it day by day," the Pakistan skipper added.

However, after the game, some ugly moments took place in the stadium as Afghanistan fans were seen breaking the chairs and throwing at the opposition fans. The video was shared by the former Pakistani pacer Shoaib Akhtar on his official Twitter handle.

This is what Afghan fans are doing.
This is what they've done in the past multiple times.This is a game and its supposed to be played and taken in the right spirit.@ShafiqStanikzai your crowd & your players both need to learn a few things if you guys want to grow in the sport. pic.twitter.com/rg57D0c7t8

You can’t control the emotions of the crowd and such incidents happened in the world of cricket multiple, you should go ask Kabir Khan, Inzimam Bhai and @iRashidLatif68 how we treated them. Am giving you an advice next time baat ko nation pe Mat lena https://t.co/JQTgzWBNqL