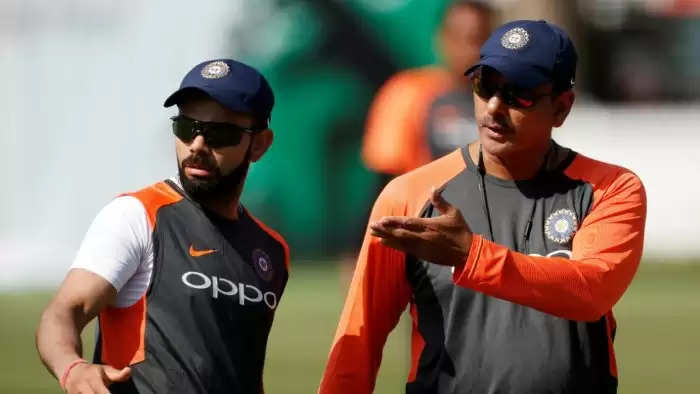 The first Test between India and South Africa will be held on 26th December, Sunday at the Centurion. Both the team players' have started their preparation ahead of the battle and it is going to be an interesting match between these two teams.

Moreover, the Virat Kohli-led Indian cricket team is yet to register their first series for 29 years and it will be a great chance for them to break the streak. Having a look at their last Test series, India won their first Test against the Proteas but unfortunately lost the remaining matches which cost them to lose the series as well.

Since 1992, India and South Africa have clashed with each other in 20 Tests in South Africa backyard where the Men in Blue have registered only three wins in that. Notably, India won the first Test since then under the leadership of the current head coach of the Indian team, Rahul Dravid in 2006.

Team India will always have my backing: Ravi Shastri

The former Indian head coach Ravi Shastri who finished his service with the T20 World Cup 2021 has come up with a statement ahead of the Test series against the Proteas. He states that defeating South Africa in their backyard would not be an easy task for India.

While speaking to Star Sports, Ravi Shastri has shared a few words about the series and said, "South Africa remains an unconquered bastion. Remember, the Proteas are no pushovers in their own backyard, but we have got the firepower and the arsenal to match that. As always, Team India will always have my backing."

He also believes that South Africa will be a good opportunity for Team India to test their skills in overseas conditions. "There couldn’t have been a better time for Team India to prove their mettle. Virat (Kohli) has been an impeccable leader and has got a talented team to go along with it," added Ravi Shastri.

After the first Test, both the teams will face off in Johannesburg for the second Test. Following that, the third and final test match of the series will be held at Capetown. After that, Team India will have the services of the newly appointed skipper Rohit Sharma who is likely to take the charge after the completion of the Test series. The first ODI is scheduled to kick off on 19th January which will be the first series for him as the full-time in the limited-overs format of the Indian team.