SA vs IND: Anrich Nortje has been ruled of the Test series against India
By Silambarasan KV Wed, 22 Dec 2021 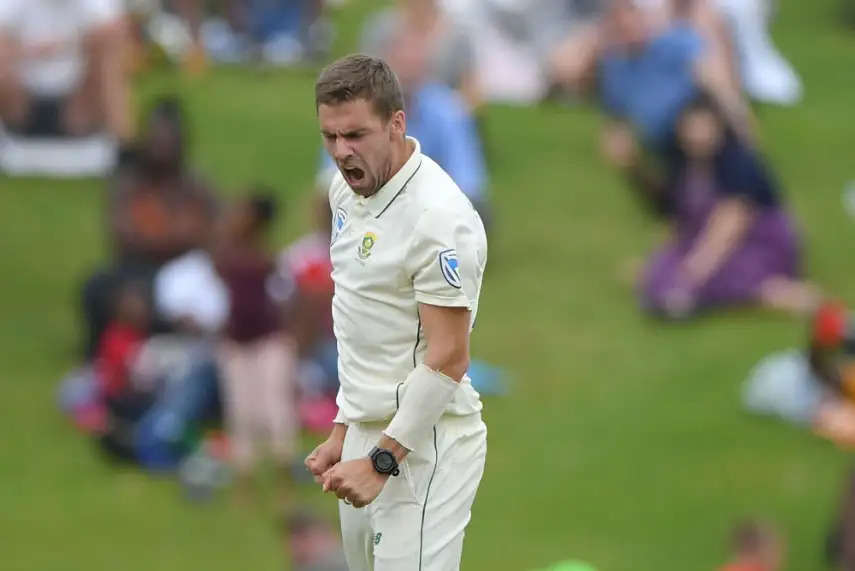 The first Test between India and South Africa is all set to commence on 26th December, Sunday. The series will have three Tests, ODIs and T20Is each. However, South Africa got a huge blow ahead of the opening Test against the visitors, India.

The right-arm pacer Anrich Nortje has been ruled out of the Test series against India, as he sustained an injury that was confirmed by the Cricket South Africa (CSA). They officially announced the news on their Twitter handle.

The right-arm speedster has been one of the consistent performers for South Africa across all aspects of the game. He can provide the breakthrough during regular intervals of the game. Looking at his stats, Nortje has scalped 47 wickets from 12 matches which shows how crucial he is for the Proteas against India.

No replacement announced for Anrich Nortje:

Notably, Cricket South Africa (CSA) has announced that there will be no replacement for Anrich Nortje ahead of the three-match Test series against India. Moreover, the 28-year-old has performed well in the recently concluded Indian Premier League for Delhi Capitals and the franchise decided to retain him for the price of INR 6.5 crores.

Besides, South Africa have the likes of Kagiso Rabada, Sisanda Magala, Beuran Hendricks, Duanne Oliver and a few more. The CSA officially confirmed by tweeting, "Anrich Nortje has been ruled out of the 3-match #BetwayTestSeries due to a persistent injury. No replacement will be brought in."

Moreover, an official statement claimed, "He has unfortunately not recovered adequately for the expected Test match bowling loads and is currently consulting with specialists to manage and advise on his recovery. No replacement will be brought in."

In the absence of Anrich Nortje, Sisanda Magala and Duanne Oliver might get a chance to feature in the first Test against India at the Centurion on Sunday.