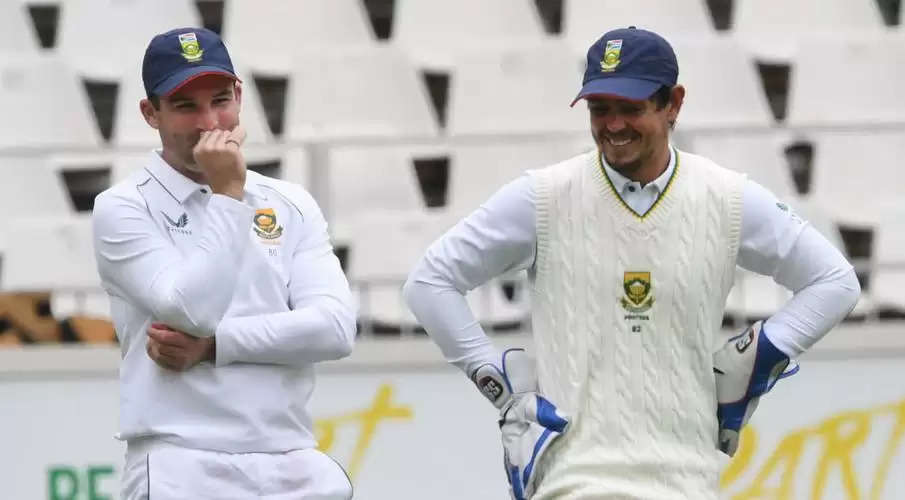 South Africa's cricket is battling another storm of racism ahead of the three-test series against India, which begins on Boxing Day (December 26th) in Centurion. Captain Dean Elgar says his team continues to focus on getting a professional match against the "best team" in the world.

Cricket South Africa (CSA) has been going through an administrative crisis for the past 24 months that has left Elgar unable to remember who is currently running the show. In addition, the sport has also been rocked by accusations of racism. Last week, the Social Justice and Nation Building Commission (SJN) reported in its report accusing former South African captain and current CSA director Graeme Smith, current head coach Mark Boucher and former thug AB de Villiers of racially “biased behavior” against players.

The SJN also accused CSA of discriminating against players based on their race. In a virtual media interaction arranged by CSA ahead of the Boxing Day Test against India, Elgar was expectedly asked about the latest controversy surrounding South African cricket, but said the team was not badly affected by it.

"No, it wasn't really difficult for us. As players, we've gotten used to some bad news around us over the past year and a half. We're trying to adapt accordingly. It's not ideal, of course." to get those headlines, "he said.

However, Elgar said the instability in the administration of Cricket South Africa was difficult to deal with. "We didn't have much stability from an administrative point of view. We had so many different administrators that we don't even know who is there now. Hopefully sooner than later there will be a lot more stability at CSA."

He regretted the lack of support (from all sides) for the coaches and the team management. "I think from a player's point of view, we support our coaches, we have to show them a lot of love. I think sometimes they put so much work into, That's the biggest thing (that goes unnoticed) because I know what" you do it behind the scenes, "he said.

"It's not nice to see our coaches being berated for things despite the work they do behind the scenes."

When asked how the constant controversy is affecting the team environment, Elgar said that no matter what happens off the field, the players have a role to play. "We've been through such shitty times that we actually bonded so well within our group and for me that's no excuse for us. If it happened in the first month of these dire scenarios, then maybe." it could be, but we were there.

“We have formulated something that works for us as a close group. We have an extremely strong culture that has been tested and pushed to a level that I believe will not be enforced in my short tenure as captain.We did it. We're a professional team, we focus on cricket and we hope cricket can take care of us, "added Elgar.