Michael Bracewell earns maiden call-up for the Test series against England
By Silambarasan KV Wed, 4 May 2022 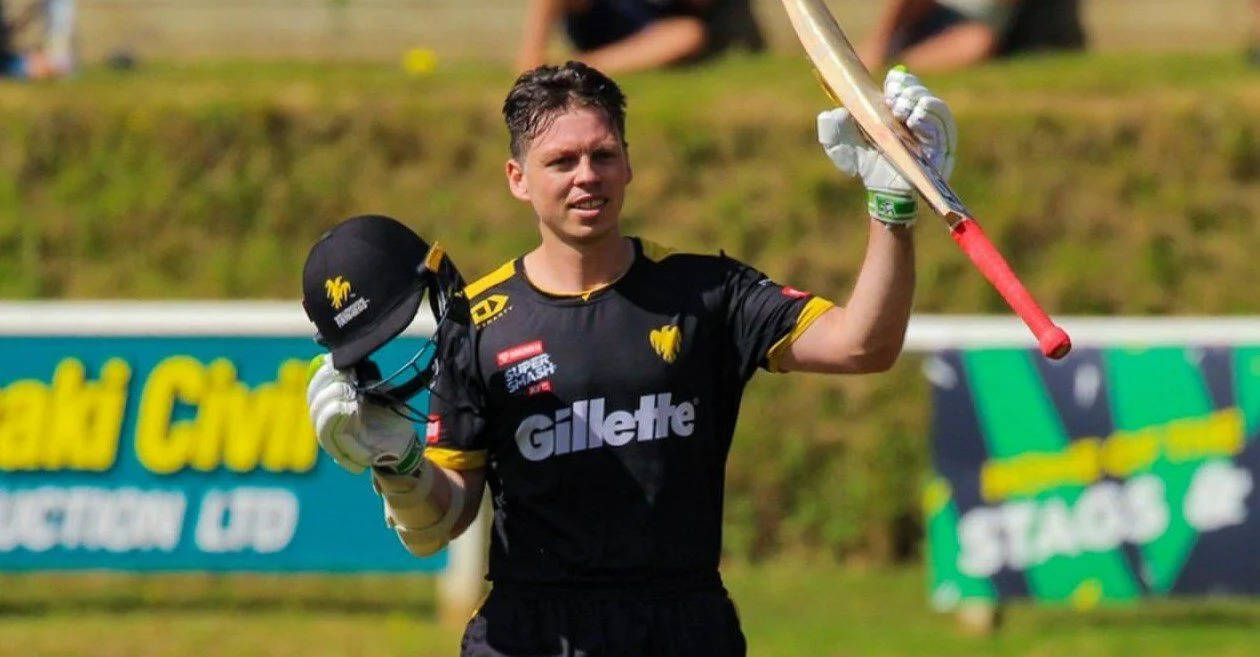 The 31-year-old Michael Bracewell has finally gotten a maiden call up for the upcoming Test series against England. The tour will have three Tests with their regular skipper Kane Williamson is expected to return for the series.

Notably, Kane Williamson is yet to represent New Zealand in the longest format since November 2021 as he suffered a tendon injury in the elbow. In addition to that, Cam Fletcher and Blair Tickner have also been included in the squad for the three-match Test series against England.

Following them, Hamish Rutherford has also been added to the side. The spin duo for New Zealand Ajaz Patel who is known for his stints against India has been backed along with his partner Rachin Ravindra.

English are always tough in its own conditions: Gary Stead According to the reports Cricbuzz, Gary Stead, the coach of New Zealand has said, "We've seen in recent times the need to be flexible with squads, schedules and staffing - and this winter will be no different.

The red ball tour of England first up is clearly high on our priority list and we're looking forward to hitting the ground running over there in a couple of weeks' time," quoted as same as in Cricbuzz.

"Touring England is always a special occasion with the people, the grounds and the history all making for a wonderful experience. The English are always tough in their own conditions and have many talented players they can call on.

There's a reason we've only ever won a couple of Test series over there and we know we'll have to be at our very best to do it again," said Gary Stead.

"It's an exciting time in particular for Michael and Cam, who will be heading away with the Blackcaps for the first time. They had a taste of the environment this summer and I'm sure they'll be looking forward to the opportunity of touring with the side and all the extra things that entails," he added.