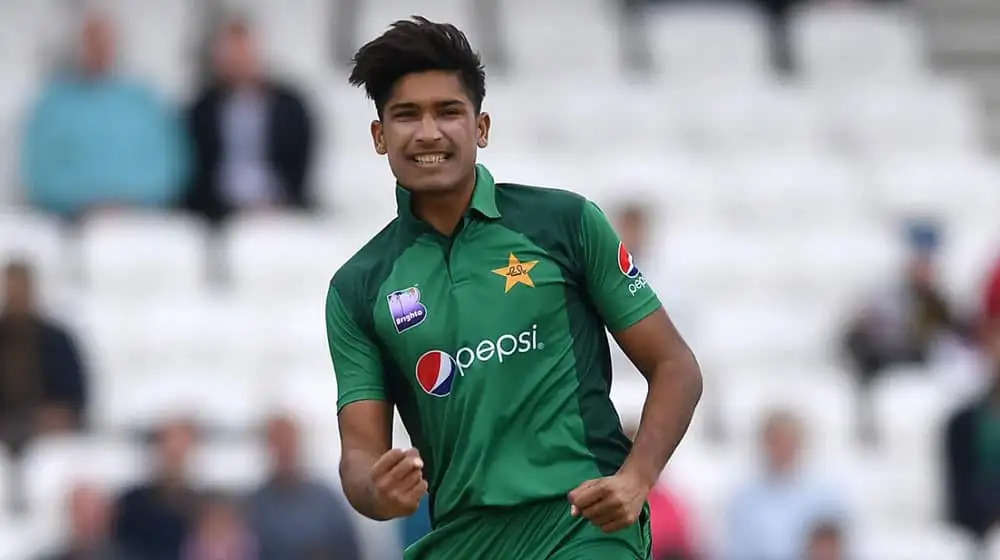 Hasain, the 21-year-old who once completed a 155 km / h acceleration in the Caribbean Premier League (CPL), is riding on the back of the English fast Saqib Mahmood, who scored 4 for 22 in on his BBL debut on Sunday Thunders 53 race win over Brisbane Heat.

Since debuting as a teenager in early 2019, Hasnain has played 18 T20Is and eight ODIs for Pakistan and was part of their roster for this month's limited series against West Indies.

He fought in his only T20I match of the series on December 16, numbers 0 for 49 from four overs in Pakistan's seven-wicket win. But the ODI leg of that tour was postponed due to Covid-19 cases in the West Indies roster, freeing Hasnain to play for Thunder.

Hasnain has the distinction of being the youngest bowler to ever score a hat trick in a T20I match when he did this feat at the age of 19 against Sri Lanka in Lahore.

"He bowls fast, easily at 150 km / h," said Thunder all-rounder Ben Cutting, who had played alongside Husnain for the Quetta Gladiators in the Pakistan Super League (PSL). "He's a lovely little boy and his team back home is very keen that he learn about the game and come here and bowling fast too.

"[Mohammad] will love bowling in Australia. We have faster pitches and bigger boundaries - conditions that are much more conducive to fast bowling than in Pakistan."

Hasnain will add extra firepower to Thunder, whose pace bowling has struggled with two losses this season to contain the Melbourne Stars' high-octane line-up. Up-and-coming spinner Tanveer Sangha held the attack together during Thunder's inconsistent launch, but Mahmood's involvement sparked Thunder's much-needed victory at the gabba.