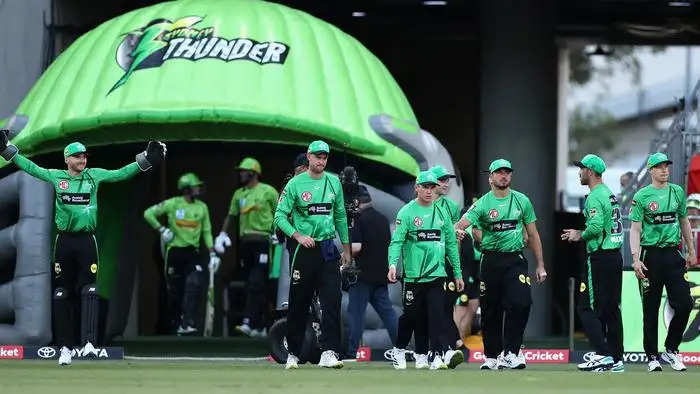 It comes a day after the Melbourne Stars' clash against the Perth Scorchers was postponed after a Stars employee tested positive for Covid-19.

The entire Sydney Thunder team, including staff, were subjected to PCR testing yesterday after a positive rapid antigen test on Thursday. A Sydney Thunder spokesman confirmed the club was working with Cricket Australia and SA Health ahead of today's clash with Strikers, but there has been no confirmation that the game will take place.

Meanwhile, all Stars players and staff who tested positive are currently in isolation for seven days, according to Victoria government guidelines. None of these players or staff will be available to play the Stars' next two scheduled games on January 2nd against Scorchers and on January 3rd against Melbourne Renegades.

Cricket Australia is looking for solutions to keep the competition going after the positive cases between the two clubs.

Australian cricket is in danger of being severely affected by the surge in cases where Australian batsman Travis Head was excluded from the Sydney Test against England after testing positive in Melbourne after a routine PCR test.

The Perth Scorchers duo Mitchell Marsh and Josh Inglis as well as the captain of the Melbourne Renegades, Nic Maddinson, were called up as cover for the Sydney Test in the Australia Test squad.