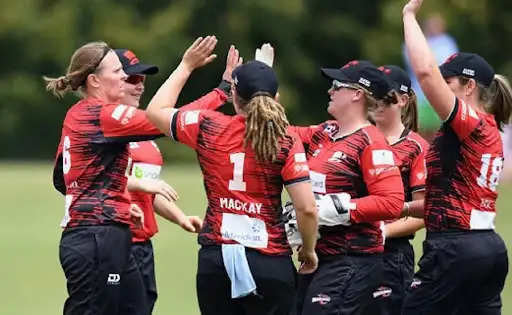 Northern Brave Women and Canterbury Magicians will face each other in Women's Super Smash 2021-22 of the 13th match. This game will take place at Mount Maunganui on 23rd December, Thursday.

The 13th match between Northern Brave Women and Canterbury Magicians is scheduled to start at 7.40 AM IST and 3.05 PM GMT and Local time. The match would be live on FanCode.

Northern Brave women scored 103 runs against the Auckland women team in the previous match and got defeated by 4 wickets. They have lost all the matches in the league and are cemented on the bottom of the table.

The Whether is expected to be partly cloudy throughout the game with the precipitation hovering around 5-10 percent.

Also Read: The mega auction of IPL 2022 is likely to be held in Bengaluru

The right-handed batter Caitlin Gurrey was the highest scorer for Northern Brave Women in their last face-off. He scored 34 runs with the help of 4 fours.

The skipper of Northern Brave Women, Brooke Halliday has been decent with the bat. However, she scalped 2 wickets with the ball and conceded just 14 runs from three overs she bowled.

The captain of the team Frances Mackay was scored 55 not out and she took 1 wicket against  Wellington women's in the previous match, and the bowlers Sarah Asmussen, Jacinta Savage, both the bowlers took one wicket each.