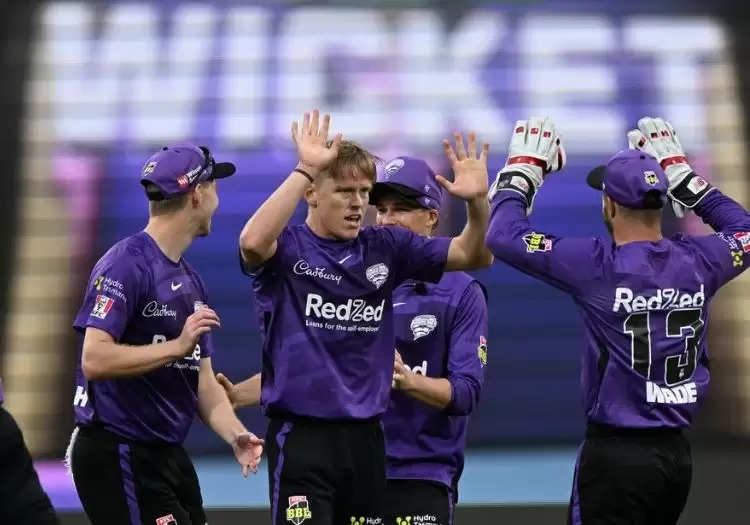 This is the 26th match of Big bash league 2021-22 which will go underway between Melbourne Renegades and Hobart Hurricanes on 29th December, Wednesday. This match is scheduled to be played at Docklands Stadium, Melbourne.

The track at Docklands Stadium might favour the batters and the bowlers have to be at their best on this turf. Talking about the weather, there are no chances of rain as the precipitation is hovering around 14%.

Melbourne Renegades lost the previous match against Perth Scorchers by 8 wickets and they won only one match in this league, they are bottom of the table.

Hobart Hurricanes won the previous match against Adelaide Strikers by 7 wickets and they are in 3rd place in the points table.

The left-handed batsman Mackenzie Harvey has scored 45 runs off 40 balls that consists of a  four and one six against Perth Scorchers.

Zahir Khan and Nic Maddinson have taken a wicket each to their name against Perth Scorchers.

The right-handed batsman Ben McDermott was played a fabulous inning in the previous match and he scored a century against Adelaide Strikers, 110 runs off 60 balls that includes 12 fours and 5 Sixers.

The right-handed pacer Riley Meredith was bowled well and he shows the strength of the arm and he took 3 wickets against Adelaide Strikers in the previous match.